Many local voices contributed to our knowledge of the Great War. Stories of battle, triumph, sorrow, and illness permeate letters sent over the oceans to loved ones. Newspaper articles tell of the fights, the governmental struggles, and the deaths of family members. Below is a section of a handwritten letter from a man in the 21st Company, 20th Engineers, American Expeditionary Force. 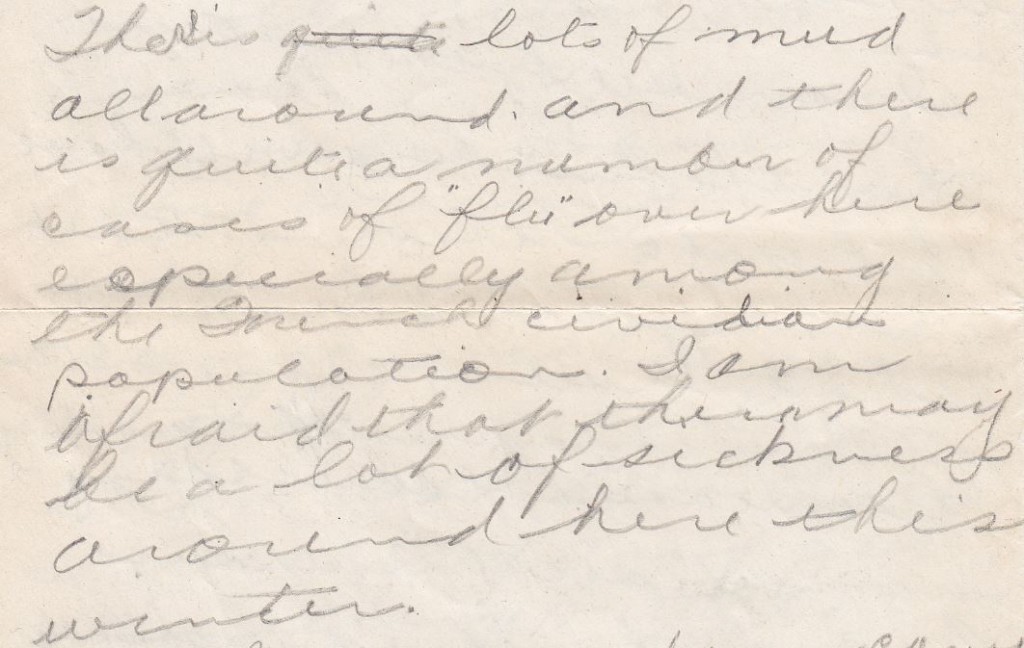 This letter written from France by Gilmore Johnson in 1918, details his life as a service man dealing with the weather, the influenza, and missing home. (Reprinted with permission of the Douglas County Historical Society in Superior, Wisconsin.)1

Below is a transcribed portion of the letter Gilmore Johnson sent to the Twin Ports from France. 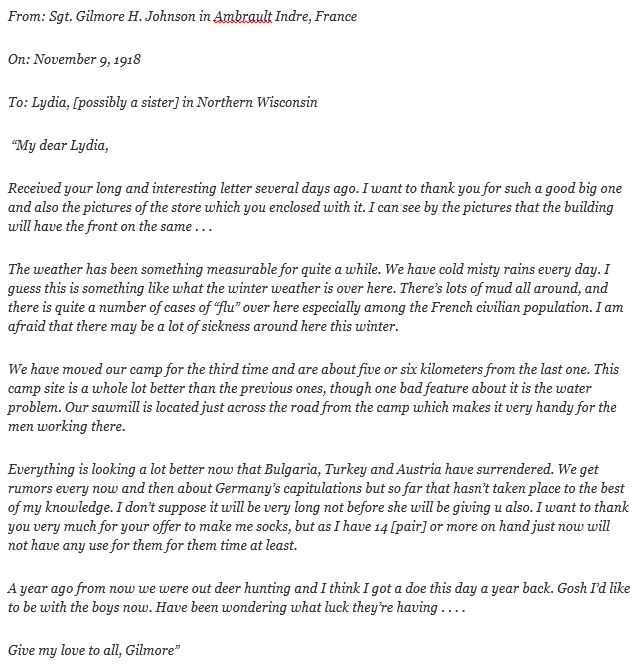 Gilmore Johnson’s letter to Lydia from France in 1918.2

Below is some news coverage of those more troubling stories, along with war poems printed by a local school in 1917, and a couple of letters written to locals from men fighting abroad.


The above recording is a poem titled “The Slacker” which was printed in the Matt Carpenter Junior High School’s War Poems in 1917.3

This recording is a poem entitled “The Red Cross Spirit Speaks,” by John H. Finley. This poem was printed in the Matt Carpenter Junior High School’s War Poems in 1917.4

Below is information regarding one man who was on the wrong end of the patriotism of those who called themselves Americans. E. A. Schimler, a professor at the Northland College in Ashland, just 60 miles from Superior, was taken outside of the town, tarred and feathered, and left to find his way back to Ashland.

In the local newspaper, the story ran with a paragraph calling Schimler an American. He had been highly educated and had taught at schools around the country. A 100 dollar reward was offered for those who would help find the mob that tarred and feathered the professor. 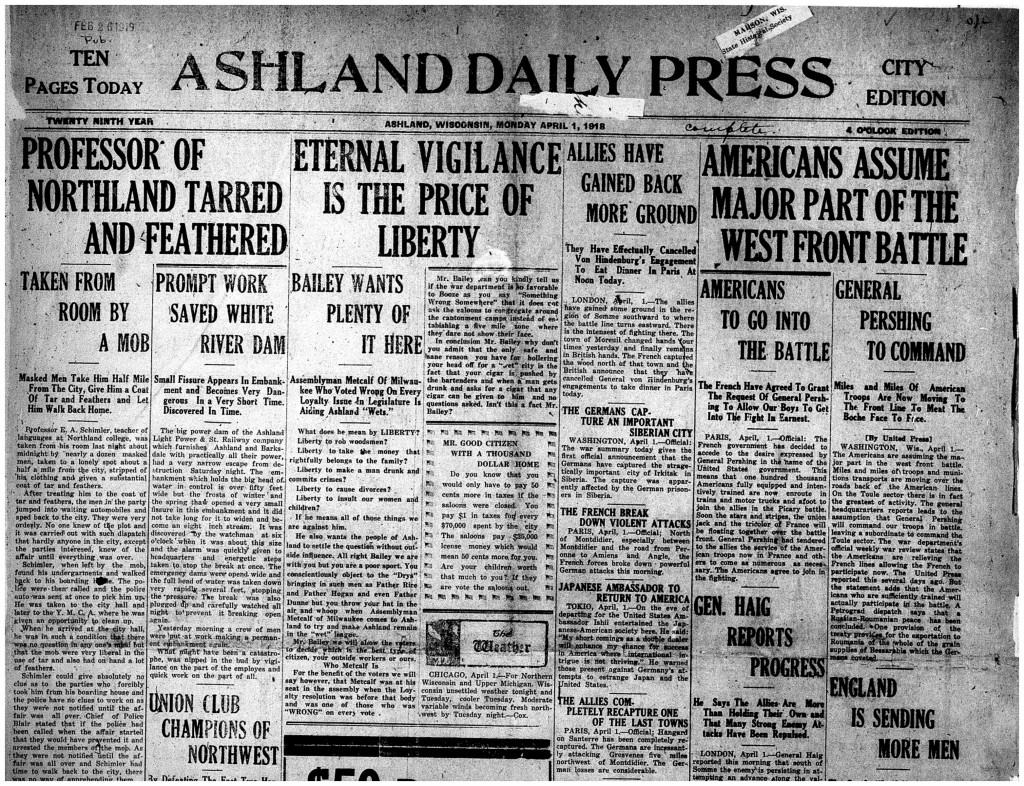 On April1st, 1918, a local college professor was taken from his apartment in Ashland, Wisconsin and tarred and feathered a few miles outside of town.5

The story of Professor Schimler’s tarring and feathering was front page news in Ashland, Wisconsin in April, 1918.6

The second portion of the article about the college professor’s tarring and feathering at the hands of a mob explains Schimler’s citizenship and education.7

A few days after Schimler’s tarring, other faculty began to speak up about the event.8

Below is another story of patriotism gone awry. Although this article was printed well after the actual event, it shows that mob lynchings, or what may have led to suicide, were far too common. Ole Kinkonen was a laborer from Duluth who was interested in peace. After some rumors spread, he was tarred and feathered. He was found dead soon after, but the stories surrounding his death didn’t match up. Some said he was lynched, and others said he committed suicide out of embarrassment.

Duluth’s Labor World newspaper printed an article in 1920 about a mob tarring and feathering a man in 1918.9 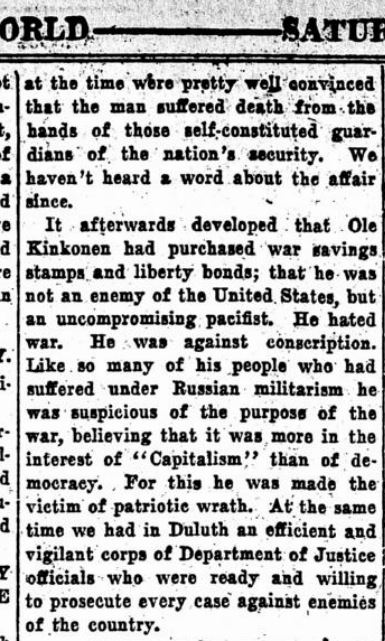 The second portion of the Duluth article about Ole Kinkonen details his pacifist beliefs.10